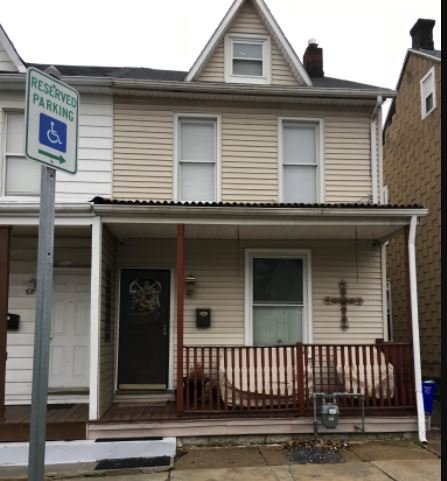 No one wants their boiler to break down. Replacing it can be a headache, and it’s very costly. However, it can also be a chance to greatly improve the heating system in a home.

An oil boiler in a Harrisburg, PA duplex finally went down for the count. Based on the unit's age, it wasn’t worth the price to repair. Of course, replacing it would be expensive. But, it had to be done.

However, there was another factor consider: energy bills. The cost of oil has been rising steadily for years. Meanwhile, natural gas has gone down a lot. And, it’s become much more accessible in different places.

When our homeowner searched for HVAC companies, they looked for one to do an oil-to-gas conversion. After reading all the great reviews UGI Heating, Cooling and Plumbing has received, he knew we would do the job right.

Problem: An older steam boiler in a duplex in Harrisburg, PA failed. It was too expensive to repair. At the same time, oil prices have risen greatly over the past few years.

Solution: Converted the boiler from oil to natural gas. 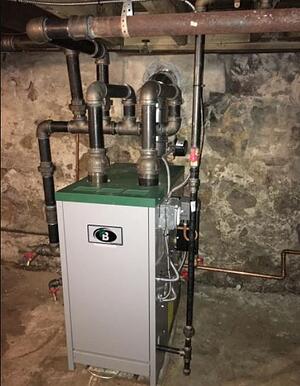 The cost of switching from oil to gas heating

More and more people today have been hiring HVAC companies to convert their heating system from oil to gas. Cost is the biggest reason for this.

Years ago, oil was cheaper than gas. And, it was often the only option in some locations. Not every town in the state had gas lines running through them. Oil, which gets delivered by truck, was available virtually everywhere.

Today, more houses can connect to nearby gas mains. And, the prices of oil and gas have flip-flopped.

Today, a gallon of gas goes for around $3. A gallon of natural gas, however, is just $1.50. This even makes up for the fact that it takes less oil than natural gas to get the same effect. Gas is still the cheaper option.

The owner of this duplex had heard about people converting their HVAC systems. Now, with his boiler beyond repair, he considered it for his property. Our comfort consultant, Todd Ranson, visited the home and spoke with him about all the potential savings. And, they also discussed the best way to do it.

Converting a heating system from oil to gas

Today, a homeowner can save plenty of money on energy bills by switching from oil to gas. But, there is still an upfront investment. And, the work must be done properly.

First, an old oil tank must be removed properly. In most cases, that’s required by law. Even if it’s not, it’s still a good idea to do so.

Over time, an old tank can begin to break and leak. An old tank can get rusty and corroded. Then, you run the risk of getting leak. Any leftover oil must be removed, too. But, if you were to leave the tank, there’d still be some residue.

Finally, there’s the cost to install a gas line in the home. In Harrisburg, there are gas mains nearby that can be tapped into. If not, it would cost a lot more to run the line much further to a main.

Fortunately, UGI is prepared for all this. We have the skills and resources to safely and quickly remove the oil and old tank. Todd and our installers made this a painless operation. Todd also made sure to pull all the right municipal permits. This way, there’s never a problem with the city or township if something comes up down the line.

After reviewing all this with the homeowner, he was confident with his decision to convert his heating system.

Despite the conversion costs, this duplex owner is saving money in the long run now. That’s due in large part to the energy costs.

As we noted before, natural gas is much, much cheaper than oil right now. And, it has been for years. That equals savings when it comes to heat and hot water.

On average, a home in the Northeast part of the country spends around $2,121 for oil heat. With gas, that amount is closer to $1,600. That’s a lot of savings for anyone. But with a duplex, it’s even more attractive. That’s because the house is an investment property.

Often, property owners bundle the cost of oil into the rent they charge their tenants. Now, however, this owner pays less for heat. That means he’s able to pocket more of the money he charges for each apartment.

Finally, Todd Ranson was able to help ease the burden of paying for a new heating system by financing the job. He’s paying it off with zero interest over 72 months.

That great payment schedule goes along with the money he’s saving on monthly bills. Pretty soon, this oil to gas conversion will pay for itself.

Are you considering a switch from oil to gas heat? Contact us to find out more about the process and how it can greatly reduce your energy bills.